You’ve been going to the gym, hitting the weights several days a week. You drag yourself out of bed when it’s still dark out, or you skip happy hour to make sure you get in your workout before the day’s done. Even when you’re not super pumped, you still get your pump on.

Problem is, your body doesn’t seem to be responding—at least, not to the same extent as your buddy, who started lifting with you. He’s already straining the sleeves of his shirt, while your gains are still dormant. What gives?

An average beginner lifter can expect to gain two to three pounds of muscle mass a month, and an intermediate lifter one to two pounds per month, Men’s Health advisor Alan Aragon, M.S., explained to us. But why is your buddy hitting that mark while you’re falling short?

There are lots of reasons why you’re not maxing out your muscle, explains Noah Neiman, cofounder and head trainer at Rumble Boxing in New York City. “It’s a lot about knowing your own body,” he says. “People invest time to learn everything else. You learn how to pay your taxes, you learn what happened in the civil war—all the dates—but you don’t learn how to take care of and understand your own body.”While there is no one-size-fits-all fix—every body is different, so you respond to workouts and diet differently—there are some main principles to keep in mind: Effort, nutrients, and recovery, says Neiman.(Hit the reset button—and burn fat like crazy with The Body Clock Diet!)

Get any part of the trifecta wrong, and your gains can suffer. Here are seven muscle-building roadblocks that might be squashing your gains—and what you can do to correct them.

If you want to gain muscle—and not just maintain what you have—chances are you need to up the amount of food you’re consuming. That’s especially true if you’re an ectomorph, or a “hard gainer” with a fast metabolism.

If that’s the case, shoot for about 20 calories per pound of bodyweight per day, Brad Schoenfeld, Ph.D, C.S.C.S., told us previously.

Related: 3 Genetically Skinny Guys Tell You How They Finally Packed On Muscle

“It’s called a caloric surplus,” says Neiman. “You need to take in more calories than you burn or its impossible to build muscle because you don’t have the adequate nutrients to sustain growth.”

And you want to eat often, too.

“Part of muscle synthesis is food, so the longer we go without eating, the less likely one will put on mass,” says Leslie Bonci, M.P.H., R.D.N., founder of Active Eating Advice, and nutrition consultant for the Pittsburgh Pirates, Carnegie Mellon University athletics, the Toronto Blue Jays, and the Kansas City Chiefs. “Try eating at regular intervals, every four to five hours.”

Neiman’s favorite options? Chicken, steak, white rice, and avocado. That’ll help make sure you’re getting your calories from healthy sources—making it less likely you’ll gain on a dirty bulk, where you’d be packing on lots of fat, too. 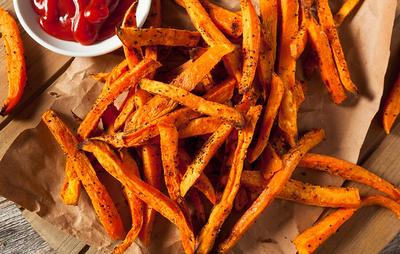 Just because you need to up your calories, doesn’t mean you should be downing pizza and junk food. Again, that’s dirty bulking—leading to too much extra fat.

You need to eat healthy calories of protein, carbs, and fat. “Protein consumed at regular intervals is the best way to ensure muscle growth,” explains Bonci. “And it’s not enough to just meet protein requirements for each day—ideally you need to evenly divide it over the day. Aim for a minimum of 30 to 40 grams of protein per meal to provide enough leucine to optimize muscle protein synthesis.” (We recommend a total target of 0.73 grams of protein per pound of body weight per day.)

Don’t shy away from carbs either—you need them to build muscle. Bonci stresses that you should aim for a 2:1 carb to protein ratio.

“Carbohydrate consumption stimulates insulin release which indirectly stimulates growth hormone to build muscle,” she says. Carbs provide your body with energy, too, which you need to put enough effort into your workout to reap the gains you want to achieve. Foods like sweet potatoes, legumes, rice, and other whole grains are good choices. (Here’s why you should stop worrying about carbs, and just eat more of them.)

The rest of your calories should come from healthy fats, like from avocado and nut butters. “A diet too low on fat can suppress testosterone production,” explains Bonci, “which can hinder muscle growth.”

Related: 8 Sneaky Signs Your Testosterone Is Too Low 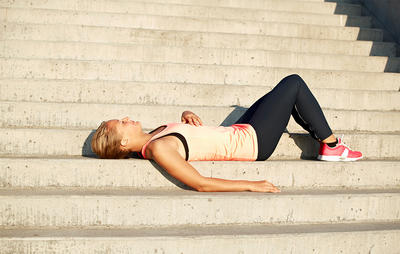 If you’re a morning workout person, more power to you. “I like to get workouts in earlier,” explains Alonzo Wilson, former pro athlete, founder and director of training at Tone House in New York City “This way, my body can be a furnace and burn more throughout the day.”

But, if mornings aren’t your thing and you’re just phoning in your workouts at 5:00 a.m., you’re not doing yourself any favors. Same goes for the afternoon if you have a jam-packed day beforehand.

If you go into your workout exhausted, chances are your workout won’t be very effective. “It’s not an ‘early bird catches the worm’ type of thing,” says Neiman. “If working out in the morning isn’t working for you, change it. Because if you’re feeling sluggish and don’t have enough intensity during your strength training sessions, you won’t be able to put in the performance needed to make changes to your body.”

Instead, find a time that works for you when you have enough energy to get your workout done effectively.

Related: 8 Surprising Foods That Are Making You Exhausted

You may be used to working out on an empty stomach, but that may need to change if you’re looking to bulk up. Not eating before a workout can affect your strength, speed, and stamina. And that can affect how much you’re putting into your workout.

Plus, working out in a fasted state can physiologically affect muscle growth, too.

“The absence of fuel before a cardio workout has the potential for the body to use muscle as a fuel source in addition to fat,” explains Bonci. “Fasting before a strength workout may have a catabolic or muscle breakdown effect which is not what most people are looking for as a result of strength training.”

So try to have something in your belly before you hit the weights. Bonci recommends choosing something with 40 grams of carbs and 20 grams of protein, hitting that 2:1 carb-to-protein ratio.

Related: 6 Things You Should Never Eat or Drink Before a Workout 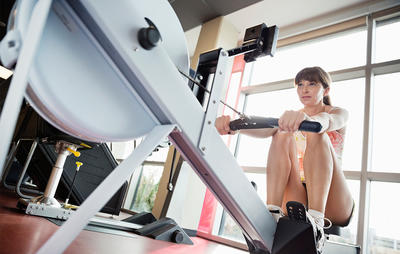 While cardiovascular exercise is great to help keep you lean, overdoing it with hour-plus runs or bike rides does have potential to hurt your gains.

“If it’s making you feel sluggish and not able to put in the performance and intensity needed for your strength training workouts, then it’s too much,” says Neiman. He and Wilson both suggest conditioning instead of cardio.

What’s the difference? Think about a person who runs a marathon versus someone who runs the 100-meter dash. “The person running long distance is doing cardio and has a frail build, while the sprinter is conditioning and has bigger legs, calves, and arms,” explains Wilson. “Conditioning helps you build functional muscle, too, so you don’t just look big and like you an do things, but you actually can.”

So instead of slogging through miles on the treadmill, Wilson suggests sprints or bear crawls instead. (Try these 38 options below.)

Neiman suggests 30 minutes on the punching bag doing three-minute rounds with 30 seconds rest in between, or doing squats with a 30-yard farmers walk in between sets. “It’s non-traditional means to training the cardiovascular system without having to run for 30 minutes to an hour straight.” 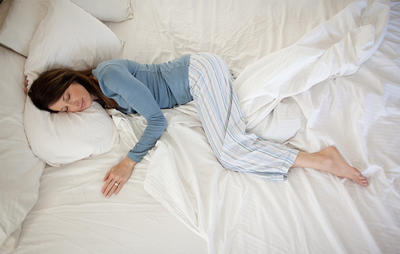 The whole “no days off,” “give everything you got, every day, all the time,” isn’t the way to go if you’re hoping to put on muscle. Your body actually grows when you’re resting.

“It’s like if you’re a seamstress and you prick yourself with a needle, eventually a callus forms, which is your body’s way of rising up because it doesn’t want to get pricked and bleed anymore—a callus is it’s way of saying ‘I got this,’” explains Neiman. “It’s the same thing at the gym. You’re in a constant state of breakdown when you’re working out. When you rest, your body is rising up and repairing those muscle fibers a little stronger than they were before.”

So while you may be taking one step forward in the gym, you could be taking three steps back if you’re not getting proper rest and recovery. “Most guys who aren’t gaining weight or adding muscle can usually chalk it up to one of two things,” agrees Tony Gentilcore, C.S.C.S., owner of CORE in Boston. “One: They’re not training as hard as they think they are; or two: They’re not recovering adequately.”

Related: The Surprising Reason You Need to Take a Rest Day

You can still be active on your off days—just don’t go crazy. Take the time to focus on mobility and activation circuits, suggests Gentilcore. “Set up eight to 10 low-grade mobility or activation exercises and perform them in a circuit fashion, performing three to five rounds,” he says. “It’s a nice way to still work on ‘stuff’ and also get your heart rate up a bit in the zone two territory, around 120 to 140 beats per minute (BPM), which tends to be the sweet spot for eliciting cardio benefits without being too too taxing on the system as a whole.”

Simply going to the gym isn’t going to cut it.

“You show up, but then you have to do the damn thing,” says Neiman.

If you’re skipping out on those last few reps and Instagramming on your phone instead of putting in a solid effort at the gym, you can’t expect to see results.

“If you want to gain a certain amount of strength in general, you’re going to have to put yourself in uncomfortable situations,” says Wilson. “It’s when you’re struggling that those muscles are forced to grow.”

As for the rest of the 80 percent? That’s where steady consistency comes in—you’ll need to do the work then.

“You don’t miss any reps, each one is crisp and fast, and you stay cognizant of progressive overload. These days are the most important,” Gentilcore says.

Source: 7 Reasons You Aren’t Building As Much Muscle As You Could