Emily Powers had struggled with her weight since high school, when she began eating cafeteria food instead of homemade meals and put on 100 lbs. by the time she graduated.

By the time the Ontario, Canada-based daycare worker was in her 20s, Powers had reached 273 lbs.

“I tried different fad diets and I’d lose some weight and then I’d gain it back and more,” Powers, 24, tells PEOPLE.

It wasn’t until she had her youngest daughter last year — she is also mom to an 8-year-old stepdaughter and 3-year-old daughter — that she decided she needed to make a lasting change. 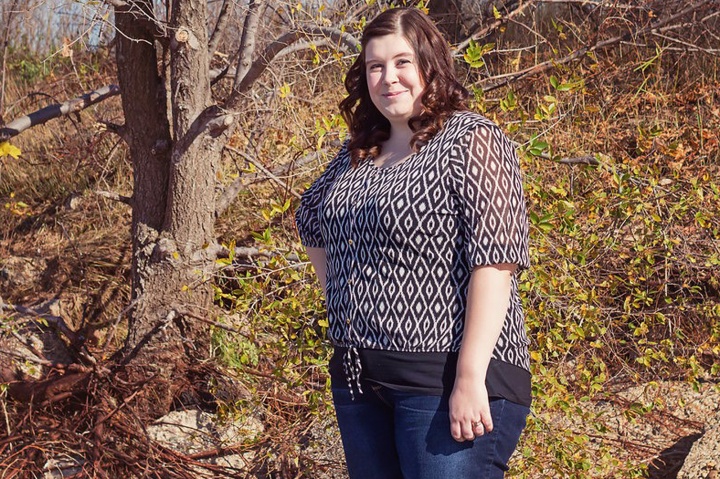 “It was about June last year after having my six week check-up that I decided I wanted to get healthy for my kids,” she says. “They deserved more. I could barely even take my kids for a walk. At the park, I’d sit on the bench and watch them rather than play with them.”

RELATED: What ‘Girls’ Got Right About New Motherhood in the Series Finale

Powers began logging her food intake using the Lose It! app, and was alarmed to see how many calories she was consuming in her fast food-heavy diet.

Powers set carb and calorie limits based on her weight loss goals, and learned to use portion control to stay within those limits.

“I eat a lot of lean meats — chicken or fish or occasionally red meat — and vegetables instead of potatoes or pasta,” she says. “I try to stay as low-carb as I can now that I’m still losing.”

The busy mom has already dropped down to 151 lbs., and hopes to lose five more. In addition to staying on top of her diet, she’s also started exercising at least three times a week.

“Now I love going to the gym,” says Powers. “It’s my time alone away from my kids when I can relax and do my own thing. I’m very active compared to what I used to be!”

While she loves being able to shop anywhere she wants, the best part about dropping the pounds has been being able to be more active with her three children.

“I like that my kids are used to hearing ‘yes’ a lot more,” says Powers. “Before, I could never take them to the park and run around with them and be the mom that I wanted to be. Now there’s no limitations.”

Source: Mom of 3 Drops 120 Lbs. After Having Her Youngest Child: ‘I Wanted to Get Healthy for My Kids’