Something unprecedented is happening in the world of beer: Brewers are creeping closer to perfecting the elusive blend of low-calorie and big flavor. Leading the way is an offering from Deschutes Brewery with a name that captures the feeling of tasting such a combo: Wowza!

Looking back for a moment to the late 2000s, when the craft beer movement was really building momentum, it seemed as if every microbrewed beer was an act of rebellion. Many craft breweries were cranking out double and triple IPAs that pounded the palate with peppery, citrusy hops. Others took inspiration from Western Europe and tried their hands at heavy-hitting Belgian tripels and quads.

As craft beer boomed, so did the flavors: big, bold, well-muscled, and capable of knocking you on your ass if you weren’t careful. Microbreweries seemed to scream, “Take that, American light lagers! This is how you brew if you actually like to drink beer!” 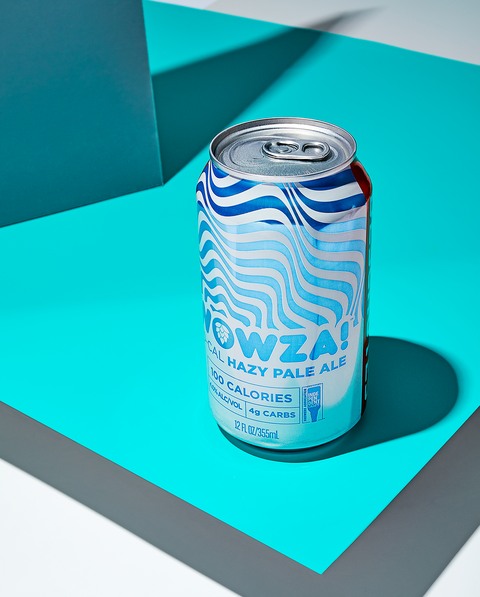 But as is often the case after a coup d’état, when craft beer finally proved itself against the powers of Big American Beer, things began to change. Craft beer started to grow more mature—not in the sense of aging or mellowing, but in possessing a certain sense of wisdom.

In the 2010s, craft brewers began to apply the principles of flavor they acquired through the 2000s to beers that were easier to drink than your triple IPAs or Belgian tripels. Take Bend, Oregon-based Deschutes. If you’re a fan of craft beer, you’ve likely long loved the family-owned and operated brewery’s Black Butte Porter and/or their Mirror Pond Pale Ale. Deschutes was craft beer back when people still called it “microbrew.”

Deschutes was craft beer back when people still called it “microbrew.”

Over the 30-plus years Deschutes has been making beer, since its founding as a brew pub in 1988, the company never really gave into publicity stunts masquerading as beer releases. Instead, they chose to stick to tested recipes, made with superb ingredients, delivered to a fan base that appreciated their consistency. It’s the same approach they apply to Wowza!, released last year to a market thirsty for lower-calorie beers that contain something the offerings from Big American Beer don’t: big flavor. 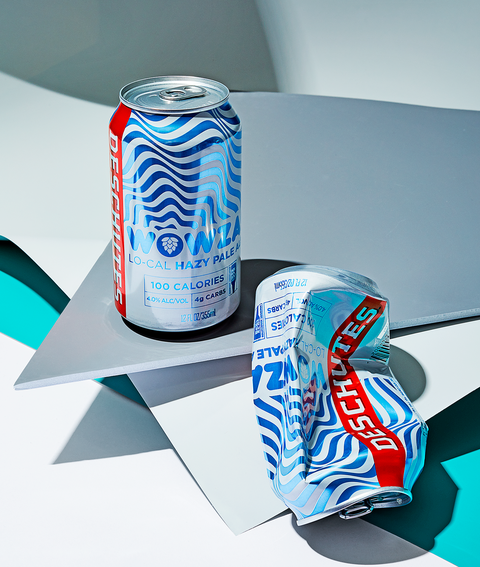 Wowza!, in brewers’ terminology, is what you would call a hazy pale ale. “Hazy” is a less science-y sounding way to refer to “turbidity,” which signifies that the grain in a beer features a combination of proteins and polyphenols. When bonded, they form molecules that get suspended in the beer. Sometimes brewers filter out this haze. Sometimes, as in the case of Wowza!, they do not. This leaves the beer with a distinct, almost cloudy appearance, yes, but also with a smooth, “juicy” flavor.

There are plenty of hazy pale ales (and hazy IPAs) on the market, but those beers tend to mimic the diesel IPAs and Belgians of brewing’s past—big, boozy, and calorie-packed. Wowza! has just 100 calories per can. Its 4% ABV (alcohol by volume) allows for easy drinking. And the measly 4 grams of carbs is nothing short of beer magic.

The taste of a happy marriage

Of course, that still leaves the all-important question: But how does it taste?

Like a first-date kiss—a little unexpected, soft, almost innocent, and just-ever-so sweet. Like a listen to Miles Davis’ In a Silent Way—so smoooooth. Like a vacation to one of those islands with the over-water huts—a much-needed escape, an abundance of fresh fruit, and long days with hardly anything to do. Like crossing the finish line of a half marathon—a sense of you-earned-this, followed by the realization that from here on out, it’s nothing but relaxation.

But mostly like a happy marriage—between the renegade craft beers of the past and the older, wiser, oh-so-easy-drinking beers of the present.

via Deschutes Wowza! Is the Rare Low-Calorie Beer That Tastes Great