IN JANUARY 2019, Mike Dudley got a call that his 69-year-old brother-in-law had died a mere 48 hours after checking into the hospital with flulike symptoms. He couldn’t believe what he was hearing. Just five months earlier, they’d been backpacking together in California’s Ansel Adams Wilderness and Yosemite National Park. The news didn’t make any sense.

Then Dudley learned the detail that made his heart sink: The cause was bacterial sepsis—a condition resulting from the body’s response to the chemicals it produces when fighting an infection—after a staph infection had invaded his body.

Although Dudley, a San Diego Pharm.D. and infectious-disease specialist, knew all about out-of-control infections that could kill even healthy patients, his brother-in-law’s death was a stark reminder that they can turn so deadly so fast, overwhelming the antibiotics we have to try to stop them. 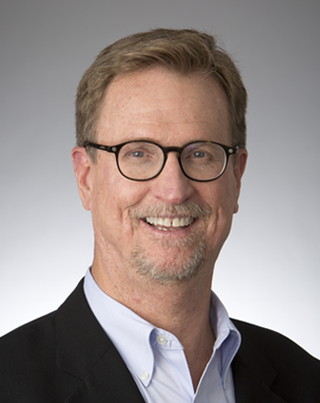 Like so many experts in his field, Dudley has been living with a quiet anxiety about what could happen if the drugs we depend on to treat everything from pneumonia to gonorrhea to urinary-tract infections someday stopped working. He’s spent the past 14 years racing to develop new antibiotics at a time when microbes are mutating faster than ever to evade or “resist” the drugs we use to kill them.

This problem of antibiotic resistance is already bigger than anyone thought. Last November, the Centers for Disease Control and Prevention released a disturbing report: More than 2.8 million antibiotic-resistant infections occur in the United States each year, it said, and kill more than 35,000 people.

New drugs could help reverse the trend. Yet the industry that could save us from this threat is desperately broken. Big Pharma has abandoned the highly unprofitable antibiotic business in favor of more revenue-generating drugs for chronic diseases. That leaves a handful of smaller start-ups, like the company run by Dudley, Qpex, struggling to find investor funding, persuade hospitals to adopt the new discoveries, and get insurers to pay for them at a moment when the stakes couldn’t be higher. Last year, the biopharmaceutical company Achaogen filed for bankruptcy—less than a year after it had won FDA approval for a new antibiotic. Now the question is: Which will evolve and strengthen faster, the health-care system or the bugs?

Scientists have been sounding the alarm that antibiotics might fail us since 1947, when they first documented that certain bugs were resistant to penicillin. That was less than 20 years after British bacteriologist Alexander Fleming accidentally discovered the original antibiotic, in 1928. Before that, surgical wounds and pneumonia could easily turn lethal. 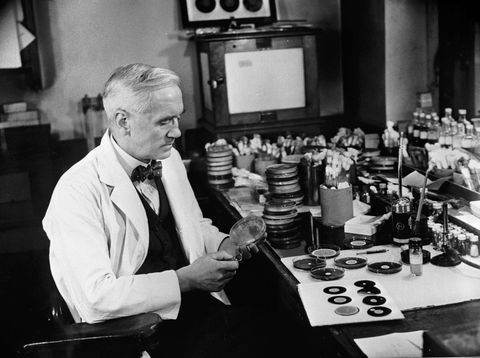 Sir Alexander Fleming accidentally discovered the first antibiotic. From his laboratory at the Wright Fleming Institute in London in 1955, could he have envisioned the antibiotic landscape today?
Peter PurdyGetty Images

It’s a natural part of evolution that infection-causing bacteria mutate to resist the effects of the antibiotics designed to eradicate them. That means the drugs inevitably become ineffective over time, but we’ve sped up that process by overusing them. By doing this with drug after drug, we’ve created “superbugs” that can be invulnerable to any antibiotic on the market.

The warnings about antibiotic resistance went largely ignored, the thinking in the ’50s being that if penicillin stopped working, pharmaceutical companies were making enough other drugs that could just be swapped in instead.

So we kept popping antibiotics for everything. Whenever we felt something coming on or had a random cut that we wanted to heal faster, we found relief in a cheap blister pack of amoxicillin. A new study in The British Medical Journal says that more than 40 percent of all outpatient prescriptions for antibiotics in the U. S. could be inappropriate, meaning that they were given to patients who wouldn’t benefit from them. Doctors prescribed them for viral conditions like the flu and bronchitis, which don’t respond to antibiotics. “They were given when they shouldn’t have been given or given for too long a period of time,” says Donald Kaye, M.D., a professor of medicine at Drexel University. Never mind feeding them to our livestock and poultry to increase yields.

Patients have typically been at risk of picking up superbugs in hospitals, but doctors are noticing more people acquiring them out of the blue in their communities. “This is a problem that affects everybody,” says Helen Boucher, M.D., director of the Tufts Center for Integrated Management of Antimicrobial Resistance in Boston. “We see patients with resistant infections every day.”

The story of Mike Dudley’s most recent success can tell you everything that’s wrong with the antibiotic business. In August 2017, he helped reach a milestone after a decade of dead ends at start-ups in San Diego and Silicon Valley: the FDA approval of a drug called Vabomere. It contains an inhibitor from a new chemical class, widening the arsenal against antibiotic-resistant bacteria.

Just six months earlier, the World Health Organization had issued its first-ever report on the 12 families of bacteria that pose the greatest threat to human health. It put the bacteria that Vabomere targets—one that causes bloodstream, lung, and complicated urinary-tract infections that other antibiotics can’t kill—at the top of its list.

The approval of the drug was also a personal victory for Dudley, who was inspired to enter the drug-development business after witnessing the suffering of people with AIDS when no treatments were available. In 1996, he’d wanted to help solve another threat to humanity: treatment-resistant MRSA, the best-known superbug of them all. “That’s when you started hearing about ordinary kids on Pop Warner football teams dying of it,” says Dudley, whose easy smile is accompanied by an intense gaze.

After celebrating Vabomere’s approval, he and his two dozen colleagues anxiously awaited sales reports. It quickly became clear that hospitals were slow to embrace the new drug, which costs about $14,000 for a course of therapy. By the end of November 2017—exactly three months after Vabomere came to market—its manufacturer, the Medicines Company, decided to leave the antibiotic industry altogether and sold the medication to a competitor. Dudley spent the holidays holed up in a conference room, preparing pitch decks for at least two dozen venture capitalists to try to save the rest of his team’s antibiotic portfolio.

It’s a hard sell these days. In 2018, venture capitalists invested $167.3 million in antibiotic start-ups—the lowest amount since 2012, according to PitchBook Data—and that’s threatening to dry up. Dudley ended up creating a new company, Qpex, which did manage to raise $33 million in VC money. That, combined with a commitment from the U. S. government of up to $132 million over five years, was enough to keep it in business.

The business equation is so depressing that the federal government has stepped up, committing $1.2 billion toward the development of 50 drug candidates from companies like Dudley’s over the past decade. That’s because companies face a limited market trying to sell drugs that are used only when absolutely needed. A drug that brings in just $10 million to $20 million a year might cost hundreds of millions annually to produce and market. So a small company that makes one or two antibiotics “isn’t going to be able to survive for long,” says Rick Bright, Ph.D., director of the Biomedical Advanced Research and Development Authority (BARDA), which is part of the Department of Health and Human Services office that deals with preparedness and response. The agency regards antibiotic resistance as a national-security threat on a par with nuclear blasts, anthrax, smallpox, and pandemic influenza. Three novel antibiotics supported by BARDA received FDA approval in 2017 and 2018.

Bright knows firsthand the anxiety that comes with the antibiotic problem. Two years ago, he nicked his thumb on a rock while tending his urban herb garden. The following day, he noticed a small blister forming on his thumb and his hand growing red and warm. Over the next four days, Bright endured visits to three urgent-care centers, two emergency rooms, and four pharmacies—and took a whopping seven types of antibiotics, mostly IV regimens—before doctors figured out he had MRSA. A newer antibiotic that was approved in 2000 (linezolid) ultimately did the trick. 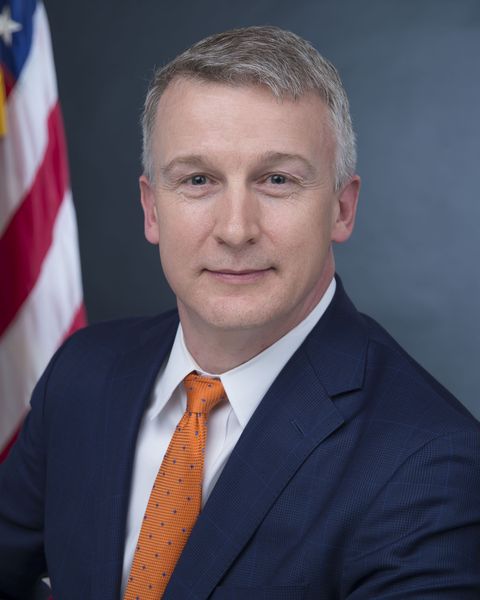 But Bright is still rattled. He watched his doctors rely on trial and error to find a drug that worked, wasting precious time. It can take days before they can grow the bacteria in a lab and see which kinds of antibiotics it responds to. For every hour a patient is delayed in receiving appropriate antibiotic treatment when infected with bacterial sepsis, his chances of survival go down 8 percent. “It took me six days to get on the right drug. If the infection became sepsis, I would be dead,” he says. “Not only do we need new drugs; we need to know what bug it is and what drug works. We need all hands on deck worldwide to solve this problem.”

There’s new hope that the world is finally waking up and taking action. In 2016, a novel public-private partnership called CARB-X was formed to give business and scientific support to accelerate antibiotic development. The collaboration among Boston University; the U. S., UK, and German governments; the Bill & Melinda Gates Foundation; and the Wellcome Trust has to date invested more than $154 million in 32 projects in five countries.

There’s also chatter among health-policy experts about overhauling the way these drug companies are compensated. In what’s called “market entry reward,” the government would pay companies based on how valuable their drugs are to society rather than how well they sell. Last year, the United Kingdom announced a five-year plan to try out such a model.

Former FDA head Scott Gottlieb, M.D., also suggested a model that would allow hospitals to pay a flat fee for a certain number of doses to create more financial incentives for companies to churn out more antibiotics. And in 2019, senators Johnny Isakson (a Georgia Republican) and Bob Casey (a Pennsylvania Democrat) introduced legislation that would make it easier for Medicare to pay for pricier antibiotics and send a signal to hospitals about their importance.

The latest crop of antibiotics in development won’t come to market for several years. In the meantime, scientists are using next-generation genetic-sequencing tools to create a test that could identify a bacterial infection within hours instead of days, so doctors would know sooner which drugs might work best.

How many more deaths do we have to witness until then? “As a society, we’re willing to pay hundreds of thousands of dollars for new gene therapies or the latest cancer treatments,” says Dudley. “But this is one of the biggest threats to human health right now. If we don’t have effective antibiotics, any infection could turn deadly, the way it did for my brother-in-law.”

What You Can Do to Prevent Superbugs

Never treat a viral infection like the flu or a cold with antibiotics, since they target bacteria only. It’s the wrong tool for the job. So first off, don’t beg for these drugs. And second, if a doctor writes you an Rx for one, ask if you really need it.

Skip antibacterial body washes and cleaning products. Regular soap does a fine job of lifting germs from your skin and allowing water to wash them down the drain.

Consider buying different meat or poultry. The World Health Organization says that the overuse and misuse of antibiotics in animals is contributing to the threat of antibiotic resistance. Choose products labeled organic or “raised without antibiotics.”

via Why Antibiotic Resistance Is Ignored by Big Pharma