Many practitioners of traditional medicine have been extremely impressed by copaiba essential oil benefits for centuries. Copaiba resin, which copaiba oil originates from, has been used medicinally since at least 1625 for the natural treatment of health concerns like bronchitis, chronic cystitis, chronic diarrhea and hemorrhoids.

Current research is showing that copaiba has so many surprising and varied health benefits that you just may want to consider adding it to your essential oil lineup today! 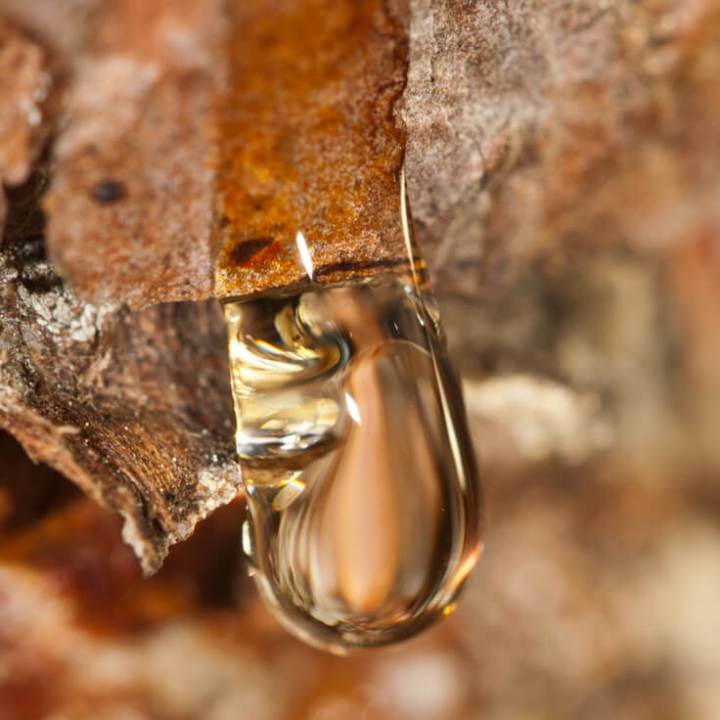 What Is Copaiba Oil?

Copaiba essential oil, also called copaiba balsam essential oil, comes from the resin of the copaiba tree. Copaiba resin is a sticky secretion produced by a tree belonging to the Copaifera genus, which grows in South America. There are a variety of species including Copaifera officinalis, Copaifera langsdorffii and Copaifera reticulata.

The scent of copaiba oil can be described as sweet and woody. The oil as well as the balsam can be found as ingredients in soaps, perfumes and various cosmetic products. Both copaiba oil and balsam are also used in pharmaceutical preparations, including natural diuretics and cough medicine. (2)

Research shows that copaiba has anti-inflammatory and antiseptic properties. (3) With characteristics like these, it’s no wonder that copaiba oil may be able to help so many health concerns. Let’s now discuss the many possible copaiba oil uses and benefits.

Research shows that three varieties of copaiba oil — Copaifera cearensis, Copaifera reticulata and Copaifera multijuga — all exhibit impressive anti-inflammatory activities. (4) This is huge when you consider that inflammation is at the root of most diseases today. (5)

Using animal subjects with acute motor cortex damage, the researchers found that internal “COR treatment induces neuroprotection by modulating inflammatory response following an acute damage to the central nervous system.” Not only did the copaiba oil-resin have anti-inflammatory effects, but after just one 400 mg/kg dose of COR (from Copaifera reticulata), damage to the motor cortex was decreased by about 39 percent. (6)

A research study published in 2013 demonstrates how copaiba oil may be able to reduce liver tissue damage that is caused by commonly used conventional painkillers like acetaminophen. This study’s researchers administered copaiba oil to animal subjects either before or after they were given acetaminophen for a total of 7 days. The results were quite interesting.

Overall, the researchers found that the copaiba oil reduced liver damage when used in a preventative way (before administration of the pain killer). However, when the oil was used as a treatment after the pain killer administration, it actually had an undesirable effect and increased bilirubin levels in the liver. (7)

Copaiba essential oil has also proven itself to be helpful in oral/dental health care. An in vitro study published in 2015  finds that a copaiba oil-resin based root canal sealer is not cytotoxic (toxic to living cells). The study authors believe this likely related to the inherent properties of copaiba oil-resin including its biological compatibility, reparative nature and anti-inflammatory properties. Overall, copaiba oil-resin appears to a “promising material” for dental use. (8)

Another study published in the Brazilian Dental Journal copaiba oil’s ability to stop bacteria from reproducing, specifically Streptococcus mutans. Why is this so significant? This type of bacteria is known to cause tooth decay and cavities. (9) So by stopping the reproduction of Streptococcus mutans bacteria, copaiba oil may be useful in preventing tooth decay and cavities.

So the next next time you’re oil pulling, don’t forget to add a drop of copaiba essential oil to the mix!

Copaiba oil may be able to help with natural pain relief since it has been shown in scientific research to exhibit antinociceptive properties, which means it can help to block the detection of a painful stimulus by the sensory neurons. An in vitro study published in the Journal of Ethnopharmacology shows the antinociceptive activity of two Amazonian Copaiba oils (Copaifera multijuga and Copaifera reticulata) when administered orally. The results also specifically showed that the Copaiba oils demonstrate a peripheral and central pain-relieving effect, likely making them useful in the treatment of various health disorders that involve ongoing pain management such as arthritis. (10)

When it comes to arthritis in particular, a scientific article published in 2017 points out that case reports have shown that people with joint pain and inflammation who used copaiba reported favorable results. However, extensive research as to copaiba oil’s effect on inflammatory arthritis is still limited to basic research and uncontrolled clinical observations in humans. (11)

Copaiba oil with its anti-inflammatory, antiseptic and healing abilities is yet another option for the natural treatment of acne. A double-blind, placebo controlled clinical trial published in 2018 finds the volunteers with acne experienced a “highly significant decrease” in skin areas affected with acne where a one percent copaiba essential oil preparation was used. (12)

To take advantage of its skin-clearing benefits, add a drop of copaiba essential oil to a natural toner like witch hazel or to your face cream.

While there may not be a lot of studies to prove this use, copaiba oil is commonly used in diffusers for its calming effects. With its sweet, woody scent, it can help ease tensions and worries after a long day or help you wind down before bed.

How to Use Copaiba Oil

To take copaiba oil internally, you can add one or two drops to water, tea or a smoothie. For topical use, combine copaiba essential oil with a carrier oil or unscented lotion before applying it to the body. If you want to benefit from breathing in the woodsy scent of this oil, use a few drops in a diffuser.

Copaiba essential oil side effects can include skin sensitivity when it’s used topically. Always dilute copaiba oil with a carrier oil such as coconut oil or almond oil. To be on the safe side, perform a patch test on a small area of your body before using copaiba essential oil on larger areas. When using copaiba oil, avoid contact with the eyes and other mucous membranes.

Talk to your health care provider before using copaiba oil if you are pregnant, nursing, have an ongoing medical condition or you are currently taking medication.

Always keep copaiba and other essential oils out of the reach of children and pets.

When used internally, especially excessively, copaiba essential oil side effects can include stomach pains, diarrhea, vomiting, tremor, rash, groin pain and sleeplessness. Topically, it may cause redness and/or itching. It’s rare to have an allergy to copaiba oil, but if you do then immediately discontinue use and seek medical attention if needed.

Lithium is known to possibly interact with copaiba. Since copaiba balsam can have diurectic effects taking it along with lithium may decrease how well the body gets rid of lithium. Speak to you healthcare provider before using this product if you are taking lithium or any other prescription and/or over-the-counter medication. (2)

via Copaiba Oil Uses & Benefits, Including as An Anti-Inflammatory