You know that being overweight or obese can increase your risk of cancer, heart disease, and other health problems.

According to the National Cancer Institute, there is consistent evidence that higher amounts of body fat are associated with increased risks of several types of cancer, including endometrial, esophageal, liver, kidney, multiple myeloma, pancreatic, colorectal, gallbladder, breast, ovarian, thyroid, and breast cancers.

In 2016, researchers published a study showing that the longer a woman spent overweight, the higher her risk of cancer. After reviewing data from 74,000 U.S. women, they determined that on average, the odds rose by 10 percent for every 10 years a woman had been obese, and climbed by 7 percent for every decade she’d been overweight.

Other studies have linked overweight and obesity with higher rates of heart disease and type 2 diabetes. Normal-weight women, meanwhile, have assumed that they were doing just fine.

Not so fast. New research suggests that normal-weight women can be just as vulnerable to cancer and heart disease—sometimes more so—than overweight women, depending on how healthy they are, otherwise. In fact, all women would be wise to focus on other measures of health, regardless of their weight.

For the study, researchers analyzed data from 90,000 postmenopausal women who participated in the Women’s Health Initiative. They looked at food frequency questionnaires to estimate energy intake and nutrient quality of the foods the women ate.

New research suggests that normal-weight women can be just as vulnerable to cancer and heart disease—sometimes more so—than overweight women, depending on how healthy they are, otherwise. In fact, all women would be wise to focus on other measures of health, regardless of their weight.

They also calculated something called the “dietary energy density (DED)” for each food, a measurement that determines the ratio of calories to nutrients. Pizza, for example, has a high DED because it contains a lot of calories but few nutrients. Fruits and veggies have lower DED levels because they have fewer calories, but lots of nutrients.

Finally, they reviewed all medical data to see which women developed cancer and which didn’t.

Results showed that postmenopausal women eating high (unhealthy) DED diets—filled with mostly processed foods like chips, fast foods, and sweets—had a 10 percent higher risk of developing obesity-related cancer—but only if they were at a normal body weight at the beginning of the study.

This result was surprising. After all, normal-weight women usually believe that they have nothing to worry about in terms of cancers related to overweight. But this study suggests that it may be more about the foods we eat than it is about how much we weigh.

“I think when we say that certain cancers are associated with obesity,” said lead author Cynthia Thomson, “people who are normal-weight think, ‘So I’m OK.’”

But it turns out that being thin doesn’t necessarily mean you’re healthy. “This finding suggests that weight management alone,” Thomson added, “may not protect against obesity-related cancers should women favor a diet pattern indicative of high energy density.” 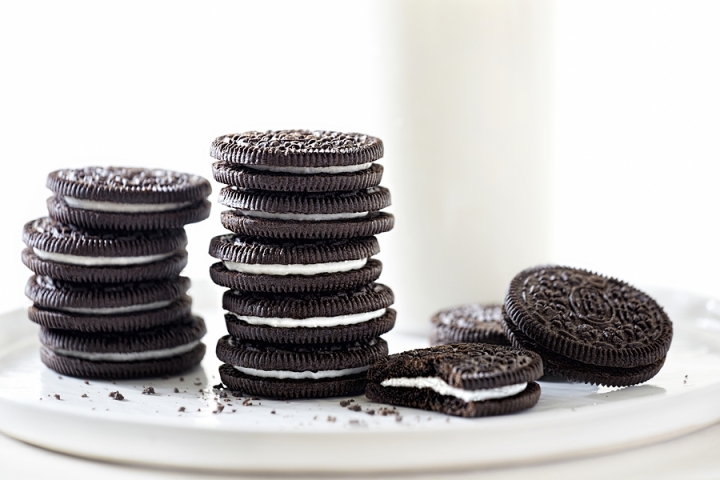 Other Factors Are More Important Than Weight in Determining Disease Risk

This isn’t the only study to send out a warning to normal-weight or skinny women. In 2014, Australian research revealed that one in four skinny people have pre-diabetes and are “metabolically obese,” which means they are in the normal-weight range, but they have more body fat than is healthy. This fat often collects in hidden places around the organs, leading to high cholesterol and high blood pressure.

The condition can be even more dangerous than being obese, according to some studies. People with diabetes who are skinny fat, for example, have been found to have higher mortality rates than obese diabetics. Another study also found that patients with heart disease who were overweight and obese had a lower risk of early death than normal-weight or underweight patients.

Researchers believe that the problem is many normal-weight women are metabolically unfit. In addition to carrying too much visceral fat, they are likely to lack muscle, to eat unhealthy diets, and to avoid exercise—all factors that can lead to a higher risk of disease, no matter the body weight.

Researchers believe that the problem is many normal-weight women are metabolically unfit. In addition to carrying too much visceral fat, they are likely to lack muscle, to eat unhealthy diets, and to avoid exercise—all factors that can lead to a higher risk of disease, no matter the body weight.

In a 2008 report on 5,400 adults, data suggested that half of overweight people and one-third of obese people were metabolically healthy. In other words, they had healthy cholesterol, blood sugar, and blood pressure levels, and low risks for disease. At the same time, about one in four healthy-weight individuals had at least two cardiovascular risk factors typically associated with obesity.

Finally, in April of this year (2017), another study found that slender women had a higher risk of developing breast cancer. Scientists looked at the fat tissue from the breast and blood samples from 72 women with normal body-mass indices, and found that 40 percent of them had dangerous inflammation in their breast fat tissue.

4 Things Women Need to Focus on for Good Health

These and other studies indicate that as women, we may be too focused on weight, and not enough on health.

Yes, being overweight increases risk of cancer and heart disease and type 2 diabetes. The truth is that overweight women are more likely to be metabolically unhealthy, but not automatically less healthy than normal-weight women.

“Obviously the more overweight and the more obese you are,” said study author Dr. Timothy Church, “the more likely you are to have metabolic abnormality. When you have weight plus insulin resistance, weight plus hypertension, weight plus abnormal cholesterol—then you have an issue.”

But as research shows, normal-weight women can have these problems, too. That’s why it’s important for all women, regardless of weight, pay attention to the following good-health habits:

Source: Why Women Should Drop Their Obsession with Weight